Fate Walkers Stalks The Amazon Jungle To A Terrifying Conclusion 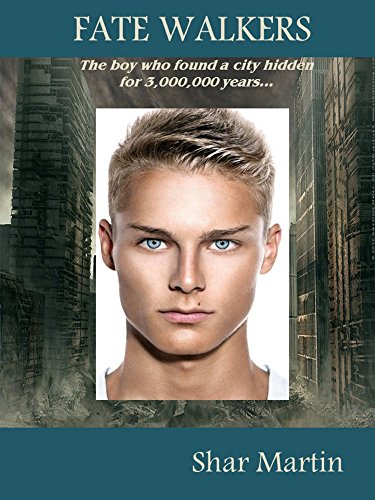 (This press release may be reprinted in part or entirety)

Fate Walkers Stalks The Amazon Jungle To A Terrifying Conclusion

Houston, TX – The once-magnificent city now sprawls dormant beneath the Amazon jungle, its pulse a terrible power still in play to this day. And it desperately wants entry back into our world… Gather your nerves for this spellbinding adventure filled with amazing treasure, disturbing villains, and shocking revelations in Fate Walkers by Shar Martin.

The story begins in the depths of the Amazon jungle. Protagonist Ellis Hollander is a teenage prodigy in the field of archeology, and finds himself in charge of a haunted site. Forced to shut down after his workers run away, he returns with spiritual reinforcements in the form of his best friend, Salvar. In the meantime, while working on a dig in the Congo, he is plagued by horrifying visions and dreams, which he can only attribute to the Amazon project…

Unbeknownst to Ellis, he has an enemy. Avrum Henson hates him and wants to destroy his reputation as “a leader among men.” Driven by greed and envy, their inevitable clash ends in an unforgettable and terrifying revelation.

Born in Southern California, the author dabbled in the motion picture industry with extensive training in the craft of screenwriting. After writing several feature-length scripts she discovered a passion for writing books. Over the years she has worked in the corporate arena and later attended Ashford University, majoring in English. She currently lives in Houston, Texas with her family. Shar Martin is her pen name.